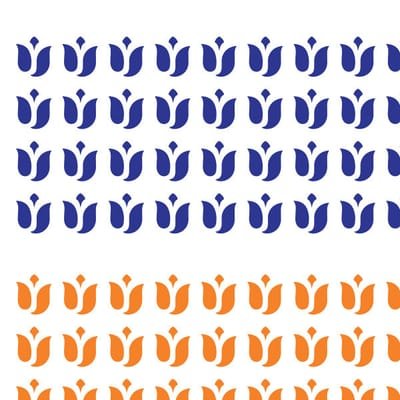 1. 'Safe Word' - I tried to use 'Mouldy Old Dough' by Lieutenant Pigeon as an inspirational starting point, thinking it was a really obscure track (didn't realise it had been a no.1 in the UK). Then I did it in 6/8 time just for the hell of it. I guy I knew once had 'carrots' as his imaginary safe word during sex. I thought it was hilarious imagining him screaming out 'carrots' when the handcuffs got too tight.
2. 'Misinformation Housing Estate' - this was done as result of Brexit and the exasperation as how media had hoodwinked so many people into thinking this was somehow beneficial to them. My anger is fairly apparent but I still needed Ben to come along and do it justice with the vocals. It was one of those times when you couldn't have hoped for some to have done a better job than what was asked of them.
3. 'Don't Tell Such Dreadful Lies' - This is a song I've had stuck in my brain for years. I was convinced I had originally co-written it with my old band mate from Nottingham when we were 16. So I contacted him and played him the parts and he had absolutely no idea what I was talking about. Something reminds me of Heaven 17 in the way the chord structures kind of jar. It's the type of thing that I could never write anymore. So aggressively pop and doesn't care that it is.
4. 'Cut It Out' - This track had a few re-writes and was getting nowhere. It was when I realised I needed to cut out all the flabby bits and just leave the least amount of instrumentation in there then it started to take shape. Then words kinda wrote themselves. Katty is so good at just doing her thing with it. My guidance was practically zero and she came back with a perfect vocal. Doing this style of music has made me mildly obsessed with the dub genre since. Its a challenge to do as much as possible with so little.
5. 'You Make Me Late For Everything' - I liked the idea of writing something about being so hopelessly under someone's spell that your everyday functions were being derailed. The song structure is very simple so I wanted to dirty up elements as much as possible (including a barely decipherable vocoder). Kurt's trumpet playing on this (and all the other tracks he was involved in) was so effortless. Every first take he did was perfect, but I'd ask him for 5 more just to store them and use them for other songs I hadn't written yet!
6. 'The Observer' - This track went through so many iterations, it was on life support until I finally got some focus on it. I was channeling some kind of Sergio Leone spaghetti western stand off scene. In the rousing section near the end I played live drums which I was so terrible at, I had to get each hit and edit it so it sounded like I was remotely decent.
A song about seeing yourself change into someone who's watching life rather than doing life.
7. 'Chippington' - I was on holiday on a beach in Thailand and I read on Facebook that an old friend had nearly died from a long illness. He went from posting a few regular posts to silence to saying 'Hi all, sorry I've been quiet for a while. I was in hospital and was nearly dead'. We hadn't really kept in good contact over the years but I felt really bad that something like that could've happened without being aware at all. All the lines in the song about him are true. We met in a youth hostel in Perth and he was having a shower when he said he was going bowling that night. I heard him say that he was going bald. I told him not to worry, it's not so bad. He probably thought I was a massive dick.
8. 'Lines' - The whistle melody was something I couldn't shake for ages so I need to get that in a track somewhere. It's a fairly jaunty track about the aging process. My take on the Radiohead's 'Fake Plastic Trees' subject, I guess. I threw everything including the kitchen sink into the production. Drums, guitar, brass, multi-layer vocals. The mastering engineer said it was a nightmare to mix.
9. 'One Way Trip To Mars' - I wanted some old fashioned kinda crooner song to end it. I was thinking of Robert Palmer doing 'Riptide'. I tried to sing it like I was wearing a tuxedo and brylcremed up, winking at the martini drinking set in front of me. A gentle piece underlining how we're all fucked and we're going to hell. For the nerds, there is a nod to The The with the rocket countdown at the beginning (and the missing number).